The European Union wants to limit the use of so-called biofuels, Reuters reports. This piece of news may mark the beginning of the end of a long struggle: For years we have demanded that the EU stop the production of biofuels, which harms both people and the environment. Now, it seems that a first step has been taken.

Reuters reports that draft EU legislation seen by the news agency proposes to end all subsidies for crop-based biofuels when the current legislation expires in 2020. In addition, the admixture of biofuels to fossil fuels would be limited to five percent within the next eight years. Under a current directive, all EU member states are committed to increase the share of renewable energy in vehicle fuels to at least ten percent by 2020. In practice, this goal was to be reached almost exclusively by adding fuels derived from biomass to diesel and gasoline. 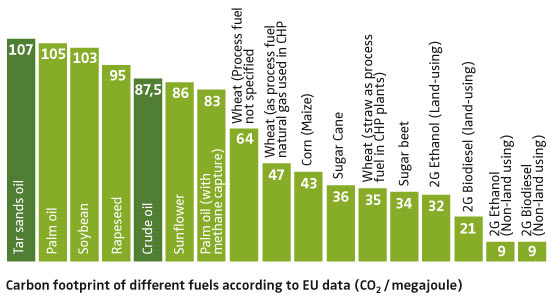 The political about-face was long overdue: Scientists, human-rights activists and environmentalists have sounded warnings about the devastating effects of agrofuel production from the outset. To make room for the cultivation of the required crops, such as soybeans, palm oil and sugar cane (for ethanol), rainforests in South America, Southeast Asia and Africa have been cleared, their residents brutally displaced. Corn and canola monocultures for energy production also destroy biodiversity in Europe and North America. To make matters worse, biomass cultivation for energy competes with food crops, thus pitting the modern world’s hunger for energy against the empty stomachs of actual people.

By adding biofuels to fossil fuels, policymakers were aiming to slow global warming, but studies have long shown that filling up with E10 or biodiesel helps neither the climate nor the environment. Cultivation, fertilizing, harvesting, transportation and processing of biomass for fuel production consume considerable energy to the detriment of the climate.

It seems that scientific studies have now brought about a U-turn in EU policy – a development also prompted in part by Rainforest Rescue. In late August, we handed over 80,000 signatures of biofuel opponents from all over the world to German Environment Minister Peter Altmaier in Berlin. But our campaign against biofuels will be declared over only once Brussels finally puts an end to the combustion of foodstuffs in fuel.