A march of villagers protesting the palm oil company PHC ended with arrests and horrific violence – villagers were arrested and abused so badly that one man died of his injuries and another remains in critical condition. We demand the immediate release of the prisoners, medical attention for the injured, and an end to the brutality.

“We demand the release of the activists and an end to violence and land grabbing. Local people must finally get their land rights and the right to free consent.”

Communities in the Democratic Republic of the Congo have suffered under palm oil companies for decades, and violence has erupted time and again: In 2015, a couple accused of stealing palm oil fruits was killed, and in 2019, the villager Joel Imbangola was beaten to death.

In February 2021, following a protest march against the palm oil company PHC, villagers, including local members of RIAO-RDC, were beaten and jailed. Two reportedly received death threats, and women were sexually assaulted. The occasion for the protest march was an anticipated visit by Kalaa Mpinga, the new CEO of Feronia-PHC. His Mauritius-registered corporation took over the plantations in 2020.

The villagers are accused of “inciting revolt”. Their taking photos of the protest march and giving interviews to journalists is also being held against them.

The roots of the conflict go back 110 years, when the first plantations were established. The local people were never consulted, but were simply robbed of their ancestral land and thus their livelihood.

- the immediate release of the prisoners

- an end to violence, criminalization and land grabbing 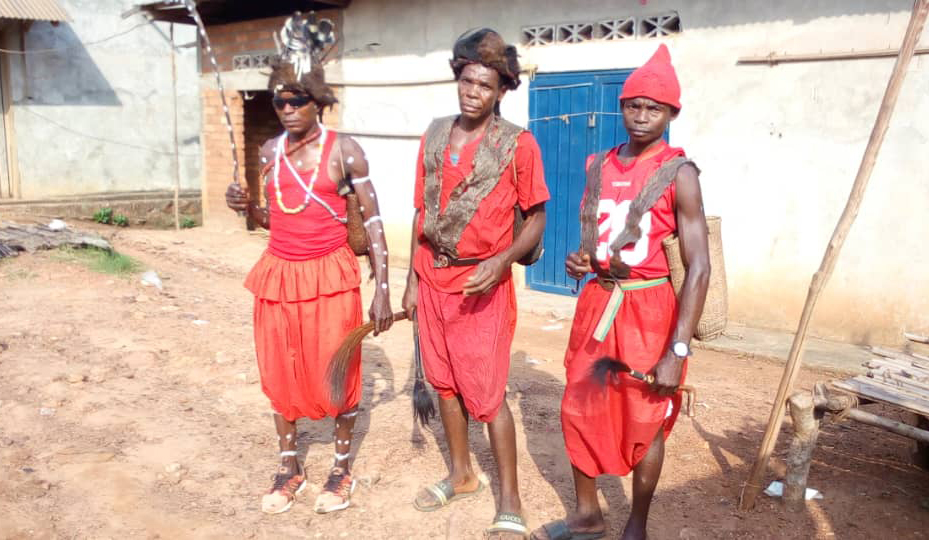 The people of the region are suffering from the legacy of the colonial era, the profit interests of foreign investment firms and the activities of international financiers.

The origins of the plantations go back 110 years, when the Belgian colonial government handed over large tracts of forest to the English businessman Lord Leverhulme. These concessions were the cornerstone for today’s multinational, Unilever. In 2009, Unilever sold its lands to Feronia Inc., a Canadian company. When it went bankrupt in 2020, Straight KKM, a corporate investor based in Mauritius, acquired the plantations.

Numerous development banks in industrialized countries have a stake in the Feronia-PHC plantations: At the time of Feronia’s collapse, they held the majority of shares in Feronia Inc., either directly (CDC Group of the UK) or via investment in a fund (France’s Proparco, Spain’s AECID and the US’s DFC), and have loan repayments worth tens of millions of dollars outstanding (CDC - UK, DEG - Germany, FMO - Netherlands, BIO - Belgium and others via the Emerging Africa Infrastructure Fund).

The communities demand the return of their land, the use of which has been denied them for over 100 years without their consent. A coalition of international organizations is therefore putting the development banks under pressure.

The rainforests in the Congo Basin are still largely intact. However, the conversion of palm groves into industrial plantations is also harming the forests. In this regard, the oil palm plantations of Feronia-PHC in the Democratic Republic of the Congo can look back on a century-old tradition of destruction. 25,000 hectares of forest have already fallen victim to the company’s operations. The concessions are vast: They extend over 107,000 hectares – an area roughly the size of New York City.

The inhabitants of many communities in the Democratic Republic of the Congo have suffered under the palm oil company PHC for decades. Violence has erupted time and again: In 2015, a couple accused of stealing palm oil fruits was killed, and in 2019, the villager Joel Imbangola was beaten to death. People who stood up to the company were detained on several occasions.

In mid-February, local members of the human rights organization RIAO-RDC were wrongfully arrested in Mwingi and Bolesa after a protest march against Feronia-PHC. Two reportedly received death threats, and women were sexually assaulted. The villagers are accused of “inciting revolt”. Taking photos of the protest march and giving interviews to journalists is also being held against them.

We demand the immediate release of the innocent protesters and an end to the violence, criminalization and land grabbing. The local people affected by the plantations must finally get their land rights and the right to free, prior and informed consent. We call on the international development banks to pressure their client Feronia-PHC to comply with these requirements.

DEG, a German development organization, sold its shares in the Congolese plantation company PHC at the end of February. DEG and other development banks had turned a blind eye to the company’s land grabs and acts of violence when they originally invested $150 million in the oil palm plantations. The current development could leave local people vulnerable to the whims of the new investors.

The conflict between the communities of Bolanga and Yambienenne and the palm oil company PHC continues to escalate in the Democratic Republic of the Congo (DRC). Once again, several people were arbitrarily arrested, including a representative of RIAO-RDC, a human rights organization. Security forces damaged numerous huts and destroyed people’s belongings during searches.